Jeff Kunkel is a widely published, working writer, who approaches all of his writing projects with wonder, curiosity, and humor. His is the author of two collections of short stories, Warming Fires and Bless Ewe; the author of two books of Alaska history, Alaska Gold: Life on the New Frontier, 1899-1906 and The Three Lucky Swedes Meet the Two Eskimo Boys.

He is also the author/editor of four picture books for children published by Augsburg Press, all built around stories and pictures by kids with whom he worked:   Jesus, This Is Your Life, won the Best Theological Book of the Year Award.  Noah, Build Your Boat, won the American Graphic Design Award. Also, Jesus, This Is Your Prayer, and What Scares Me &  What I Do About It.  Jeff is also co-author of a fifth picture book for children, Didn’t We Have Fun, a collection of paintings and stories by Hilda Robinson, well-known California artist. This book won the  Serendipity Diversity Award.

Jeff has three completed works waiting for the right agent. The two novels:  The Giant, and Tell The Bees. A  book of nonfiction, By Hand, Why Making Things by Hand is Good for Body, Mind, Spirit – and the Earth.

Jeff was born in Milwaukee and raised by an extended family of fine, Wisconsin storytellers – farmers, teachers, salesmen, nurses, store owners, and artists. In college, he studied writing, literature, and history –  all ways of telling stories. He received a Bachelor of Arts degree with Honors from the University of Wisconsin at Milwaukee, and a Master of Divinity degree from Garrett-Evangelical Theological Seminary in Evanston, Illinois, where he studied the great stories of the ancient world.  At mid-life, he studied drawing and painting at California College of Arts in Oakland, California. For many years, Jeff served as an ordained United Methodist minister in Wisconsin and California congregations and as a Guest Writer/Artist in many schools and communities.  He recently retired as a minister, but he continues to teach writing  at Berkeley School of Theology, and, along with others,  is helping Rwandan students establish an East Africa Healing Center in Kigali, Rwanda.

Jeff is married to Mary Elyn Bahlert, a working poet and retired United Methodist minister, whose extended family also includes many fine storytellers. The couple live in an old house on a hill in Oakland, California, with a backyard studio and garden. 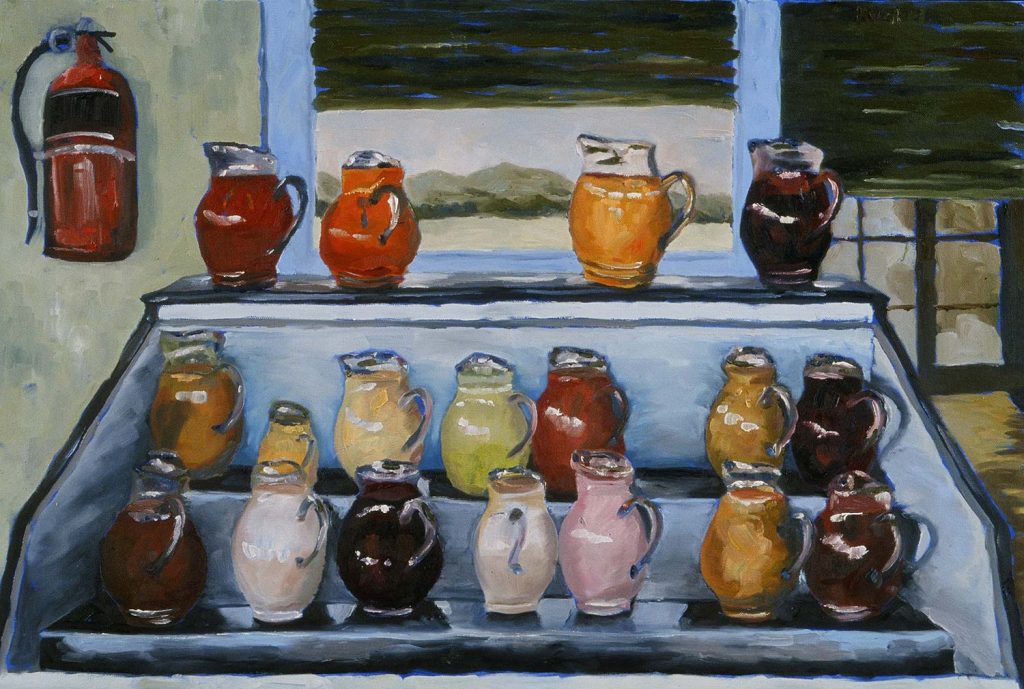